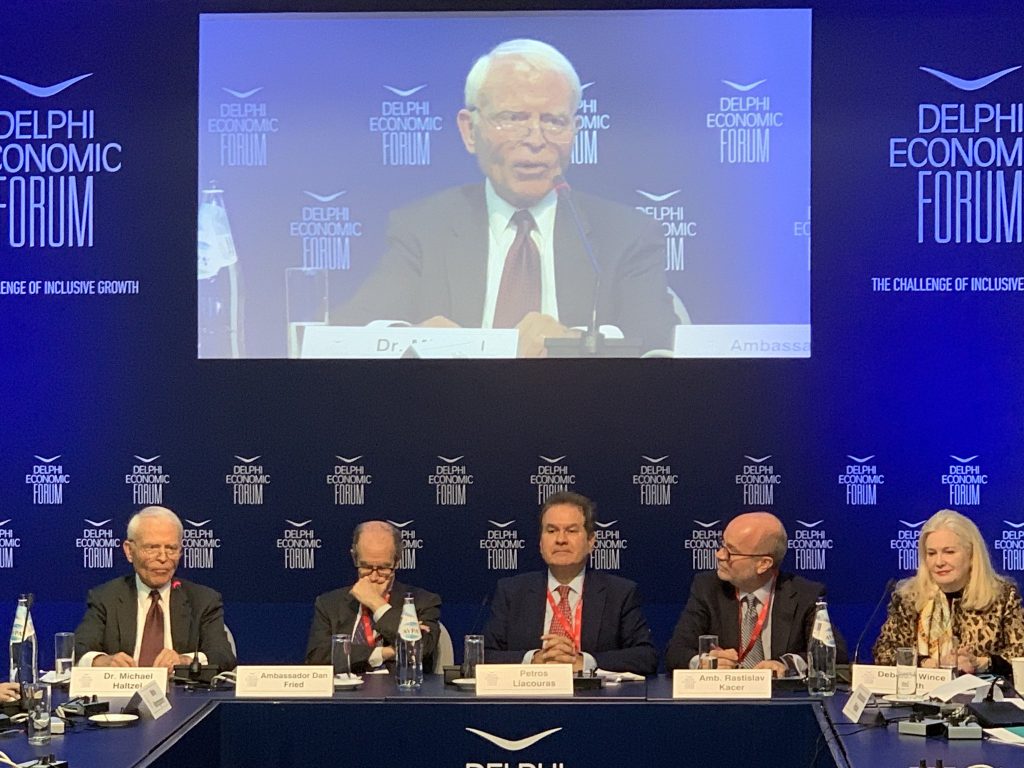 It’s a great honor and pleasure to speak at this prestigious conference.  In the ten minutes allotted to me I will briefly look at major global shifts over the last decade and how the United States has adapted to them.  These shifts include:

Have American national priorities adjusted to these shifts?  The short answer, I regret to say, is not very well.

The left-wing of the Democratic Party has responded with an aspirational “Green New Deal,” which while admirable in intent, has totally unrealistic deadlines.  Fortunately, federalism is alive and well, and 21 states representing more than half of the country’s population have formed the U.S. Climate Alliance, which pledges to meet the goals of the Paris Accord.

Faced with this evidence, the president persists in ostentatiously ignoring the advice of his intelligence chiefs whom he sarcastically advised after their Congressional testimonies on January 29th to “go back to school.”  Trump is living in an alternative reality, fashioned to placate his populist base.

The views expressed in this blog are solely its author’s, and do not necessarily reflect official endorsement or position by the Transatlantic Leadership Network.